In 1993 I started acquiring Argentine boas for future breeding stock that I thought when combined, would exhibit enhanced pink or reddish coloration in their offspring. It was really just an educated guess. I loved boa constrictor, the durability to cold and smaller size of the Argentine boa, but thought that Argentines would have difficulty competing in the future marketplace in their traditional dark coloration. I was a student of boa constrictor color and pattern, used words like “widow’s peaks”, pointed out “different” pattern and color variations in certain localities, and was often looked at like I was a foolish “23-year-old” by my older colleagues. This was the late 80’s and very early 90’s mind you. Even though few B.C. morphs existed at that time, I could see a thirst in the marketplace for reptiles that were colorful. The old timers (my pals) of the day scoffed “the only good Argentine boa is a black one!” But I wanted to go in a different direction and started selectively breeding Argentines that I thought would eventually produce boas with a brighter background and enhanced “pink” accent color. After two decades, the selective breeding of many litters, and a little luck, it worked! “Maxx Pink” Argentine boas by Ancient Reproductions were born.

These Argentine boas are PURE “normals” that have been selectively bred to bring out the desired coloration. The trait is likely polygenic in nature involving multiple alleles. All of the founder stock for this project is also PURE normal Argentine boas, from origins as diverse as I could find in the early 90’s. The precise combination of blood lines to achieve these results is proprietary, it’s our secret sauce.

As you will see, many of our Argentine boa offerings are older individuals with some size on them…..You might be thinking…Why would anyone ever voluntarily raise so many boas for that long, spending all of that additional time, food, housing, and money, before offering them for sale? Well, since many Argentine boas display pink coloration as babies, but lose it as they mature, rearing many of these boas to an older age was done to prove to the marketplace that we have made a real permanent change in the appearance of these boas. It also gave me an opportunity to collect an incredible amount of information to document the development of the project. 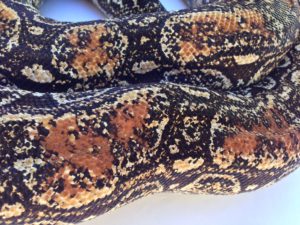 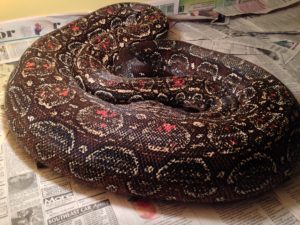 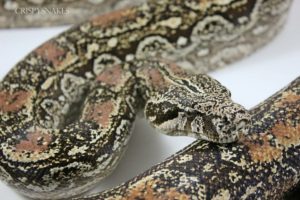 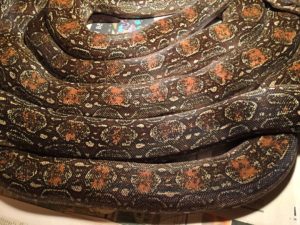 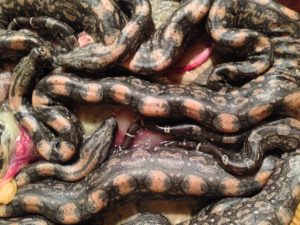